The following paragraph is a submission from the (very frustrated) beloved husband: 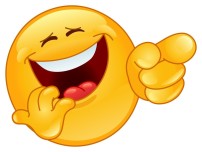 This is a GE executive’s reaction on the way to his yacht.

What does it take to change a light bulb? — We have a 9-year old GE refrigerator. The light bulb died last weekend.   It looked like an LED bulb and it was not obvious how to remove it for replacement.  The owner’s manual had the following message that sent an ugly chill of fear up my spine: TO REPLACE AN LED BULB CONTACT A FACTORY AUTHORIZED GE TECHNICIAN. Never a good thing.  The estimate was $213 for a lightbulb (???) and $175.93 to screw it in. Brings up the question of whether one should replace the refrigerator because a light bulb burned out. Seriously GE, what were you thinking?

Whoa! – I used to live in northern New Jersey, land of too many cars with crazy drivers. It was terrifying when I moved there but then I was one of them. I learned how to work the horn and a few new cuss words too. I managed. Then I moved here. Peaceful commutes and drivers that were so polite they made me crazy. All that has changed. I had to go to an appointment an hour away on a particularly nasty commute route at almost rush hour on Friday. Yikes. Sure wish I had some Valium as I was doing 10 miles an hour on a congested interstate (speed limit 70 mph) with tractor-trailers the size of Rhode Island.

Sweet boy Jake – I was cleaning up weeds in a section of the yard that I rarely visit. There is a very large evergreen tree that my old cat Jake used to sleep under. I got very melancholy (weepy actually). The pine needles were thick making it soft and comfy but no one was taking advantage of it. He’s been gone almost two years and I still miss him. Then I came inside and new cat Gracie scolded me because it had been at least a half hour since she ate. Yes Jake did that too. It’s amazing how we selectively remember the good and quietly forget the annoying.

Speaking of home – One thing that makes a house homey to me is a shady yard. People don’t plant shade trees anymore. I grew up in a house with trees. Lots of them. Trees swaying in the breeze with dappled sunshine tugs on my heartstrings every time. It’s one of the things that makes me feel at home and happy.

Does a day make a difference? – Our pro baseball team is very lousy this year. They had the worst May ever since 1930-something. On the last day of May the sportscasters were celebrating the end of the terrible month. As I listened I doubted whether “May” had anything to do with their losing streak. Sure enough, we are in June and the losing continues. People do that with the end of the year too. You often hear “This has been a bad year. Glad it’s over.” How do you know that whatever it is that made it a bad year will understand that the year has ended? Or is it a case of “hope springs eternal.”