After Ida. You can see the road signs. There is a bridge after the yellow one. It was covered in water. There is a house that belongs to the mailboxes. It’s set back quite a bit. The water went right up to it. The basement was flooded but it didn’t go on the first floor. The family had just finished repairs from a storm two years ago that flooded the whole house.

Ida came through this week. We weren’t paying attention as most of the time, storms miss us. We live at the base of a mountain range that wreaks havoc with forecasting. Storms either go north or south of us. Mostly. Not Ida although she did pack a stronger punch with tornadoes about an hour south of us. We got mostly rain. Lots and lots of rain. Somewhere between six and eight inches (depending on the weather forecaster) in a short time. 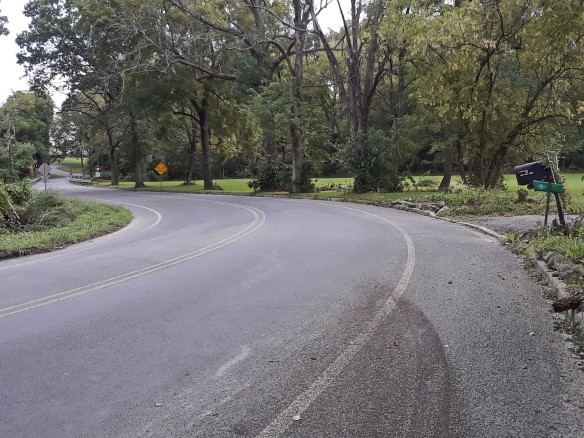 Back to normal a few days later. Except for a tinge of mud and some flattened growth, it looks as it did.

Rain is amazing. You never take it too seriously and then bam! You see how much power it really has. Roads were flooded and cars were washed away. Lives were lost because we didn’t take this seriously. Of course we could make a quick trip to the store. Well, maybe not.

This is the path to my beloved stream. Gone. The little stream looks like a lake. 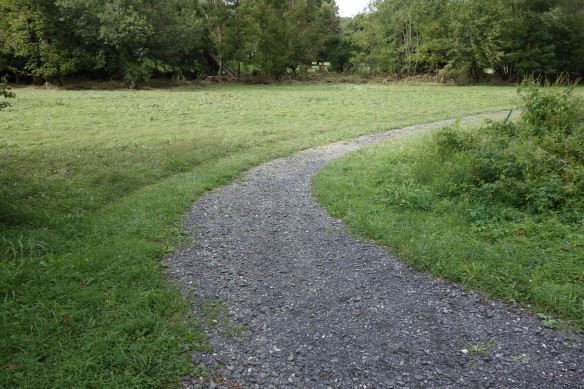 This is the path normally. You can’t even see the stream which is beyond the tree line.

We were lucky. On a personal basis we had no damage. No water in the basement. No roof taken off. No tree blown over. The worst thing was that our roads were so flooded we couldn’t get out for 36 hours. That meant no Starbucks for me. Doesn’t seem right to even mention it in the same post where people lost their life.

I always worry about the animals. They have an extra sense that we don’t share (yes they are smarter than us) so I was hoping they could “feel” it coming. We have two does and three fawn that frequent our neighborhood. I saw one mama and her two babies afterward so hopefully they are all ok.

Here are my friends noshing in the retention pond after the water when down. This was also filled with water.

As I went to my favorite spots to take pictures I saw a dead mouse (no pictures) on the gravel road to my favorite stream. Maybe a raptor lost its grip and dropped it while flying. Then I saw another and another. The field mice took a beating. They live in the high grasses in the fields around the stream. I expect the water took the weak and the old. I didn’t see anything else dead.

The stream was different. There were trees down and piles of branches that got caught on the bridge. The taller bushes and grasses were flattened. That was Thursday. By Friday morning a lot of the grass has recovered. It was just another storm.

We didn’t get anywhere near the damage that the southern states did but we saw the power of water. It’s stronger than it looks as it comes out of the tap.