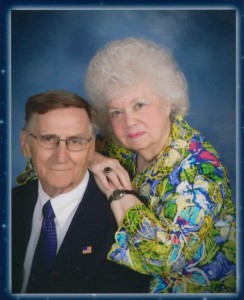 My bro and sis-in-law

These are stories from my sister-in-law’s convalescence from a broken arm and the resulting shoulder replacement. She’s an amazing 87 year old who worries about the damnedest things.

After she broke her arm there was a lot to do to make the house friendly for someone with mobility issues. (I know it was her arm but her knees reacted in sympathy.) The TV was getting moved to the first floor. I was there a few hours before the contractors came to make the changes. Wire had to be pulled. Equipment moved.

The contractors would do that but we had to make room where the TV would go. As my brother and I discussed how it would be done, there was this commanding voice coming at us.

“Move that table out of the way. Yes, take it into the dining room for now.”

“Pick up the tissues. This place looks like it hasn’t been cleaned in years.”

“Push that aside. Fold that up. Is the kitchen clean? What will those contractors think?”

Yes, even as she was weak and could barely manage to walk to the bathroom she was quite capable of shouting commands like the admiral of the fleet. (Or maybe closer to a drunken sailor at a bar.)

The contractors showed up, spent twice as much time as they thought they would (not saying it was because of SIL) but in the end, the TV was located conveniently on the first floor and the Admiral was happy.

29 thoughts on “The Sister-in-law Chronicles – the TV”