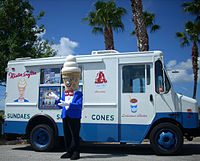 This morning when I was at my old ladies’ gym, a woman was talking about her granddaughter’s love of Starbucks. Perhaps this woman’s family didn’t live under a rock (yep, sometimes with her stories, I have thought that).

Then she ruined it.

She started mocking her granddaughter’s love of fraps as if it was a deadly addiction. Like the kind you die from. Or need rehab.

I have never been shy about saying that I go directly to Starbucks after exercise. (Why else would I exercise?) You would think people would be more sensitive.

Personally I’m not a frappy (that’s Frappuccino-lover for you unenlightened out there!) myself but a nice S’mores frap on a hot day is as good as a hot fudge sundae. The calorie count is the same so you pick your poison.

This same Starbucks abuser is well known for her addiction to tea. There is a specific one that’s only available at holiday time. She even knows where to get the best price. Do you see me poking fun at her? (Well, maybe I just did but she so deserved it!)

I started drinking coffee when I got a full-time job. It was a good way to get something hot in your stomach to start the day. Ok, it should have been accompanied by oatmeal or something but I was young. My big hair took too much time. No time for breakfast.

(Ah, big hair! I so loved it! By the time it comes back in I’ll probably only have 3 strands left but you can bet I will tease those suckers up!)

There were different breakfast routines as I moved through phases. There was a time I loved my morning donut. Then I got “holier than thou.” The donut had to go.

It was replaced with a muffin. Hey, it was healthy! It had grain or fiber or seeds or something in it but not too much or it would taste like cardboard. (When blueberries became a health fad, it ushered in a lot of great food — blueberry muffins, pie, pancakes, etc.!)

Eventually I morphed to a small cold breakfast cereal that didn’t have sugar. I did that with a mid-sized Starbucks mocha latte until I retired.

That’s when all hell broke loose. No more cereal! (The truth is they discontinued it because no one eats cereal without a pound of sugar already on it.)

I joined a gym (healthy), drank water upon rising (healthy) and had a mocha latte after my exercise (sort of healthy – ok, maybe not so sorta). I’m sure it’s only a stage.

I would have been a frappy in my teenage years if they existed. I wonder if they would have been sold from a traveling frappy truck with a loud jingle that the neighborhood kids could hear.