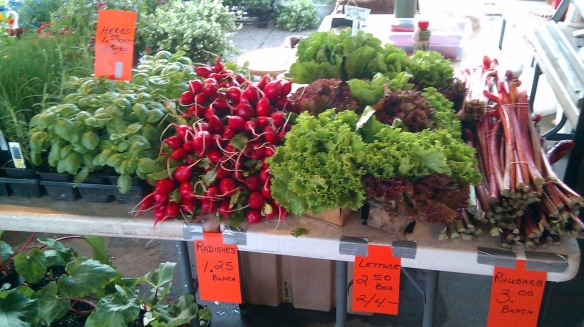 Caution: Serious side effects including gas, stomach upset and wishing you had a mocha latte

There’s a moral here somewhere! – The kitchen has been ripped up for four weeks now. (No, it hasn’t gone fast!) I have 18 inches of counter space (and no nearby sink) to put together meals. We’ve done ok with a series of food I prepared ahead for the microwave and take out (although not as much as you would think). One of the first things that took a hit was fresh veggies. No place to clean and chop. After a few weeks my conscious thought it best to get some salads before my teeth fall out. There was the occasional side salad with take out and all went well. This past week I bought two different salad “kits.” Both were chopped. I prefer salads that have a lot of “stuff” in them and these did. Eggs, tomatoes, cucumbers, broccoli, cabbage, all good stuff. The first night I ate it I had mild abdominal cramps. I have Irritable Bowel Syndrome so sometimes I get them depending on what I eat. Last night I had more salad. Yeowza, I was holding my gut for several hours, waiting for takeoff. The moral is that you can slide into bad foods like chips, ice cream, cakes and processed foods quite easily without any side effects. If you are going to eat healthy, it’s best to do it slowly, sticking your toe in the cruciferous waters an inch at a time.

Sweet spots – There are times in the day that I especially enjoy. They are based in comforting routine. One is when I sit at my computer with my mocha latte first thing in the morning and after dinner when all the chores are done and I can put on my sleep clothes and relax. There are other things that are pleasurable but there is something about these two times that is so relaxing for me.

Dang honking – I hate car locks that beep. Some are so loud I wonder if the owner is deaf. They wait until I’m next to the car and then lock or unlock with a deafening blast that makes me jump. I have that feature but I silenced it to a very soft tone.

Speaking of the dang honking – There is a new regular at Starbucks on Saturdays. He’s a well-groomed man in a suit who arrives in a car with an out of state license. He’s quite dashing and every Saturday for the past several weeks, he picks up four drinks around 8 a.m. It reminds me of the old days when we wore business clothes for work (you know – suits or sports jackets for men, dresses or suits with pantyhose for women). I’ve wondered where he goes. There are a lot of car dealerships nearby but even those salesmen have gone casual in dress. His car lock signal is particularly loud. It doesn’t fit with his dapper persona.

Where my head is – I’m in a cat group on Facebook (surprise, surprise!). It’s a large group and people post about their cats or cats in general all day. I started reading a post about a women traveling on a plane with her “little one.” I read the whole story and was stunned at the end that she was talking about a baby. I had envisioned her traveling with a cat which included her very kind seat mate being willing to hold said critter to soothe it down. I have to get out more.