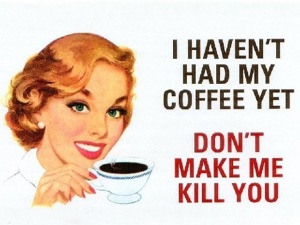 Different strokes – Most of you know I pick up a Starbucks mocha every morning. I get a venti which is the largest size. One of our houseguests this past weekend also is a SB fan so I picked one up for him. He gets a tall which is the small one. (Don’t ask about Starbuck’s bizarre terminology! Just go with it!) It’s a “what’s the point” size but he seemed to be happy with it as I had my tank of swill!

Teen talk – The granddaughters were here last weekend. They are 15 and as most kids their age, attached to devices. It’s a lot different from having 8-year-olds in many ways but I noticed the speech patterns. There is a lilting rhythm with a nasal staccato rapid fire pattern that old ears don’t always catch. Mostly I got the gist of the topic. It reminds me of when my mom thought I said things I didn’t say or answered a question I didn’t ask. History repeats itself. If she were here she’d be laughing her head off. 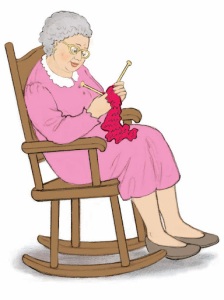 Save me a spot at the home! – This week I couldn’t get my car to shut off. It has a key fob that automatically senses when you are there. You just push a button to start or stop it. Dang thing wouldn’t work. I couldn’t leave it running. I got the beloved husband to come out. He slid in the driver’s seat and said “You have it in ‘drive.’ It needs to be in park to shut off.” Well duh! I know that! I told him to get me a room at the old folk’s home. My car is smarter than me.

Love/hate relationships – We are at the beginning stages of a few house projects which may or may not get done in the near future. One is a new kitchen. This is a case where I want the finished product but don’t want the angst that goes with the process. We found out this past week that our kitchen would be a six-week project. We are taking out a useless closet and switching appliances around. When it sunk in that it would mean six weeks without a convenient sink, no range and who knows where the refrigerator would be, I started to rethink my strategy but I don’t have a choice. I am a shorter person and this kitchen was made for an altitudinous giant! I will have to power through. I am collecting take-out menus.

Contractors – Going through the process of finding contractors has been interesting and frustrating. They fall into the same categories as all people. Some are can-do and very upbeat with creative ideas of how to get something done. It’s a pleasure to work with them. Others have that “OMG, this is hard work” attitude with non-verbal nose twitches and ear pulls that you can’t understand. They think they are doing you a favor despite the fact that you are paying them a lot of money. I’m sure this will spark blog posts as we go through the process which will be called “Dante’s Inferno.”