I didn’t think it would ever end! – Finally our election has been decided. It’s been a nail biter all week. I expect a few months of chaos from the losing side but then I envision a level of honesty and kindness returning. People will have to tuck their prejudices back in the attic and make nice. I couldn’t be happier.

There were some disappointments – It was surprising the current guy got as many votes as he did. He is an open racist and misogynist. He doesn’t hide it. I have gays in the family and a friend has a family member who is trans. They are all lovely people who deserve the same basic human rights and opportunities as everyone else. I would expect anyone with a religious leaning would be appalled by his lack of decency and ethics but apparently not.

Embracing the news again? – Maybe. The political commercials on TV were so bad and the news coverage insane so we banned TV except for taped or streaming programming. We went for ten days without news. It wasn’t all bad although I was pleased to hear the normal stuff — drive-by shootings and used car commercials when we watched yesterday. I have a different perspective now.

What took so long? – I am in THAT state that took the winner over the required numbers and produced a winner. This is the first year that we could do mail-in balloting. In prior years we would stand in insanely long lines outside a polling place in rain and cold weather. Most polling places are church vestibules that are too small to hold more than six to eight people. With mail-in (or you could drop off at a specified place) many people chose that option. The voting was overwhelming. People who were unwilling or unable to stand in long lines voted. Our governor and the majority state legislature are of opposing parties. The short story is that the legislature refused to pass a bill put forth by the gov to start processing (but not the actual counting) mail-in votes earlier than election day because, well, because they could. According to the officials in charge of the election who are independent of either party, it could have been decided on Election Day with the same results. 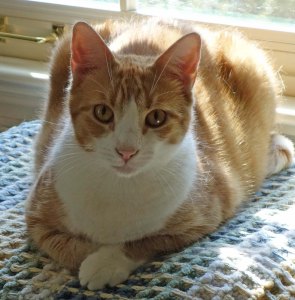 Gus: Wait! What? You took my jewels?

My solution to politics – There seems to be a lot of hubris and ego in politics. Way too much testosterone. My solution is to neuter all politicians. It works well on cats. I haven’t had a male cat that needed to spray their territory for control.

64 thoughts on “Not so random 5 for November 8 – Election, surprises, TV, procedures, answers”