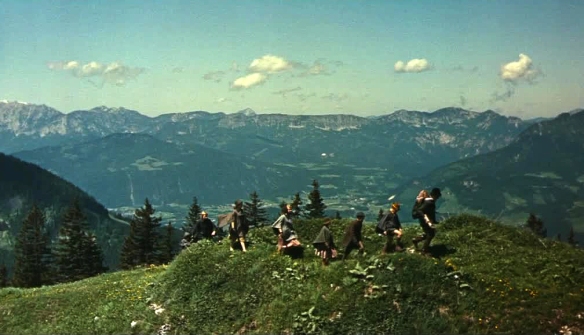 Both sets of grandparents immigrated to the US. I thought from Germany but now I think it was from Austria. We’re not sure. There are no family records and anyone who knows for sure is long gone. We have fragments of stories that vary.

One story involves a beer baron mysteriously impregnating a great-grandmother. (There is nothing mysterious about the act itself. We all know how it works.) Could Baron Heineken have grabbed a heiny that belonged to an ancestor?

There is the story about a grandfather being a troubadour in Germany. He would come down with his squeezebox and play the festivals all summer. Music talent?

We are mostly fair (as in lily white) to medium (a deeper lily white) in skin tone with blonde, red and brunette hair color. I have a cousin with natural platinum blonde hair. Perhaps a Norse warrior in there too? Those conquerors got around. Big time!

I’ve always had a natural curiosity about my ancestors. All of them. There was so much invading and pillaging going on that I could be anything. When I mentioned Genghis Khan as an ancestor, my brother wasn’t having it. I wasn’t thwarted though. There are enough other invaders who could have “corrupted” the gene pool. The Celtics, Romans, Huns, Goths, Franks and Magyars just to name a few.

I have an interest in getting a DNA test. There is no valid reason other than curiosity. It’s a start. After that I can start shaking the family tree and see what monkeys fall out.

With this in mind, I researched the tests. There is one that will tell me how much Neanderthal I have. Not sure I need that. I am very good at telling people they are Neanderthals. I can spot it a mile away! Knuckles dragging on the ground. Weird thought process. No test required.

Other tests give you medical data. Not sure I need that either. I’m past the age where it matters. Gotta die of something!

It’s the ethnicity I’m curious about. Austria is in the Alps and land locked. Could I really come from there? I’m a beach person and hills tire me out.

It’s beautiful. Looks a lot like the “Sound of Music” movie with the beautiful rolling fields full of lush greenery that they skip through to freedom. (Yes, I hummed the tunes while researching. It’s in my DNA! I’m not apologizing.)

And there are Viennese pastries too!

So far my fantasies involve being an heiress to a beer dynasty or singing in a rock band. I just have to keep my knuckles off the ground!