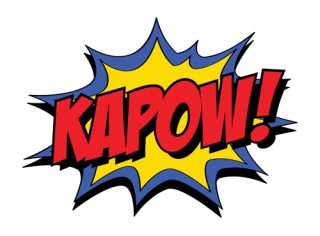 It was coming for a while.

He was getting too needy. Didn’t accept what I was saying. Always trying to change me but finally I stuck to my guns.

I ended my three-year relationship with Sirius radio.

It started out free for three months with a new car. Then they offered an extension at an incredible price. I couldn’t refuse.

Then the trouble started. They had my credit card number so they did an auto charge at the end of the incredible deal that even stunned my bank account.

Bank account to Kate: Seriously? You are going to tolerate a charge that is four times higher than the last one? Put on your big girl panties and fight!

It took a half hour and three different people (all from a planet far, far away). I had to threaten to cancel (which required a transfer to another person I call the high pressure sales person who probably didn’t know how to cancel an account anyway).

At the end of the maneuvers, I had a discounted price. It was different from the one the beloved husband got by a few (very few) dollars. What’s that all about? Dammit! You need one price for all. I don’t buy these “special” promotions. Our subscriptions expired a month apart.

With another maneuver looming as my subscription was about to expire I decided I had it!

I called to cancel. Really. No maneuvers. No transfers to a bunch of different high pressure sales people.

In order for this to go easily I had to lie. It was easier to say I was getting rid of the car than to listen to deal after deal after threatening cancellation.

No car, no service. That was easy to understand and it was cancelled in less than 15 minutes.

Most people lie to avoid hurt feelings. I had to lie to stop the not so sweet persuasion.

Early the next morning on my Starbucks run, I had a local station on. It was all commercials for the entire trip. I had a small spot of nostalgia for Sirius but it was very small. It isn’t worth the hassle every six months. (For a reason I don’t understand, the six-month deal was better than the one-year deal.)

Sirius customer service needs a serious work over. Let’s start with reasonable standard prices so you don’t feel cheated or need to cajole, threaten or lie. On-line cancellations when you need to do that and one person who can service you when you call.

44 thoughts on “The breakup”