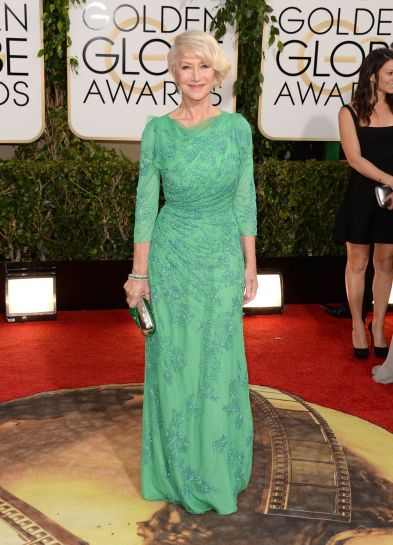 I know this lady and isn’t she gorgeous? This is from 2014. Source: galleryhip.com

It is award season. There are all sorts of awards — movies, television, plays, etc. There was a time I enjoyed the shows.

There were the wonderful outfits and fabulous jewelry. Celebrities were sporting new hairstyles and beaus. All fun stuff. It’s like an issue of Glamour magazine.

Then something happened. Just like everything else, I aged out of the target audience.

After seeing bits and pieces of a couple of shows recently, I kept asking, “Who is that?” I have no idea who these starlets and stud muffins are. Why do they look so young?

I am unfamiliar with most entertainers under the age of 40. Same for musicians. How did this happen?

It’s not just the people. I don’t know the movies either.

I know Gone Girl because of all the hype and the book and that one about the girl hiking on the west coast (notice I don’t know the title) but I never heard of Boyhood before. Where did that come from?

The Budapest Hotel also won. We watched it or more accurately, I watched it and the beloved husband slept through it. It was quirky but I liked it.

We rarely go to a theater to watch a movie and prefer to watch them at home. There is a 20 minute rule in our house.

We will watch a movie for 20 minutes and if neither one of us likes it, we turn it off. That’s hard to do in a theater after you’ve paid big bucks. (Ok, not hard. We could walk out or like our neighbors, go to a different movie in the same theater. We still prefer to watch at home.)

If one of us likes it (like The Budapest Hotel) and the other doesn’t, we will keep it running. The other person will read a book. If it’s the beloved husband, he will make believe he is reading while he naps.

I enjoy tribute shows like the Kennedy Center Honors because most of the honorees are older than me. Or because I know who they are.

Or maybe I am aging out of life! No, it can’t be that. Life is just not keeping up with me.

Can’t wait for the new hairstyles at the Oscars!