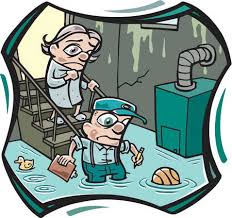 It’s hard to believe July is almost over. Much of it was spent dodging super-hot weather. I wasn’t very successful. Not complaining though (really I’m not). Not a fan of January!

The beloved husband is finishing up a woodworking project on the fireplace wall. This is not a “contractor project” so it went as expected. Originally the house did not have a mantel or anything attractive on the fireplace wall. It is now complete with mantel, trim work, and a built-in cabinet for odd-ball TV stuff. Looks cool. We had to move furniture around. This old lady did pretty well hauling heavy furniture up and down stairs! No body parts were injured and that is a miracle! The doors aren’t on yet so no pictures. Soon!

Early this morning, all sorts of contents from the next-door basement were starting to appear on the back lawn. Lots and lots of boxes. Christmas decorations, briefcases from working days, framed artwork, old shoes and some stuff I had no idea what it was. The condensation pump on the HVAC system failed and flooded the basement. There is considerable damage. The basement was finished and beautiful. The floor will have to be replaced and some of the drywall. Those briefcases weren’t looking too good either, but she’s retired. They probably contained notes from a meeting ten years ago. Always something in the hood.

I stretched out of my comfort zone and had a mahjongg lesson this week. Oh my! I’m still at the overwhelmed stage but I enjoyed the camaraderie. I’ve never been about games but always about the friendship. Maybe except for racquetball. I had a little killer instinct there. There is another lesson next week. I’m working on my Chinese characters. The tiles really look all Greek to me! I have promised to play five times before I give up. Four more to go!