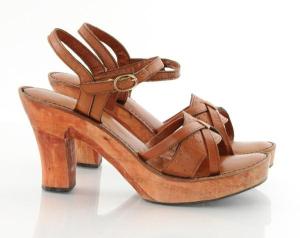 I’m pretty sure I had a pair like this!

Back in the good old days (that would be last year) I had great routines. They were fun and rewarding. So rewarding that it made house hunting for a smaller home difficult. I wanted to be close to my gym, my walking place and Starbucks.

I’ve been losing favorite stores for a while but my gym would be forever, wouldn’t it? Nope, it closed. The pandemic struck and I lost most of walking buddies. We’ve gone from 20 people to less than ten and they are not always the people I like. Most were older and two things happened. They took away all the seating so those who would walk for a half hour then rest could no longer do that. Also, the rest rooms are often closed. Old people need rest rooms.

As one routine disappears another starts up if you’re lucky. I spent the summer walking outside early in the morning. I saw the same very few people. I didn’t need a mask because we were so far apart. I started to feel a connection. The brief conversation in passing went from “lovely day” to “where is your other dog?” (One couple has two and one isn’t a morning dog. I didn’t even know that existed.) That routine lasted for four months.

I haven’t seen those folks in a while. If I walk in the neighborhood I don’t do it super early. It’s too dark and gloomy then. I’m not sure if they are walking.

In looking back some of my most loved routines were short lived. My first job was working for a very large company. I felt lost for a while. I was in a department with mostly old (seemed like ancient) co-workers (really, really old! Must have been at least 50!). I had nothing in common with them. It was hard to carry on a conversation beyond the basics. They didn’t do rock concerts and I didn’t do book clubs or church choirs. They had families and I was dating. They wore tie-up shoes and I wore platform sandals. With painted toenails. (I’m sitting here with my tie-up sneakers on. Have I turned into them?)

Then I connected with someone my age from another department. We clicked and became besties. Within nine months she quit and moved. We stayed friends for a while but distance takes its toll especially when you are young. It was devastating for me but she was my transition. After that I made other friends easily and adjusted.

I always think of routines as “forever” or at least “for a long time” but maybe they are just transitions to take us from one place to another. I’m not ready to move out of Starbuck range but maybe I’ll look twice at homes that aren’t near my closed gym and very sad walking mall. (We lost the last anchor store. Can the funeral be far behind?).

In this covid environment, it’s harder to make routines that involve people. My biggest fear is that I will turn into a hermit and like it like that. My routines now are devoid of people (except for baristas). I may be known as that old lady with all the cats.

NOTE TO SELF: Look for platform sandals. I wonder if they make them with training wheels so I don’t fall off of.