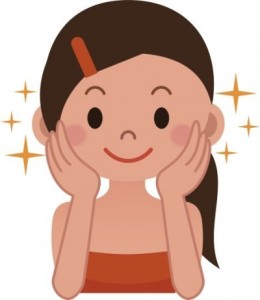 When you get to be a certain age, spring cleaning takes on a different meaning. It doesn’t involve a house. (I’ve stopped that kind of spring cleaning ages ago!) It involves cleaning up the skin for the warm weather.

This time of the year I visit a dermatologist to get the new crop of barnacles removed.

Every year there are new ones. Some are silly skin tags right where your necklace lies. Some are the gray fussy keratosis that itch. Then there are the darker raised ones that look like moles but not near as attractive as those you find on models.

This year I decided that in addition to the barnacles, I would get some brown spots taken care of. It looked like a bunch of freckles that had grown together. (Mom called them liver spots but they are freckles!) That group took a laser treatment.

Yikes! That sucker stung. What I didn’t expect was that my face would blow up and look like Charlie Brown. I’m used to getting things frozen or sliced off. This new experience paralyzed me with anxiety.

I didn’t know what to expect. Everyone tells you something different. I went with the doc’s explanation that I’d be able to tolerate it. I was. He said I would swell. I did. He said it would work. I’m hoping he’s right there too.

There were some high points. Since it was on my face, there was no need to disrobe and freeze in a cubicle. The appointment was timely. I was in and out quickly.

As is always the case when I subject myself to misery of any sort (including a bad haircut) there was a special trip to Starbucks. (Chocolate makes a lot of things better.) And there was no bad haircut.

This was my first experience with a laser treatment and if this works out, I would do again if I had to. Don’t plan on doing anything afterward except Starbucks.

This is the beginning. I have to go to a different doc to get the barnacles frozen off. This year’s crop isn’t too big but there is a big dark booger on my leg. I hope it’s not serious.

For that treatment I will need to completely disrobe, will be placed in a freezing meat locker with a paper sheet to wait for the doc and pray they don’t forget me. I take a body map with me because I’m not very articulate when I’m naked. (I’ve blogged about that before here and it hasn’t changed at all.)

So…which is worse – a zapping laser or naked in a meat locker? Both rate a Starbucks mocha.

56 thoughts on “A different kind of spring cleaning”