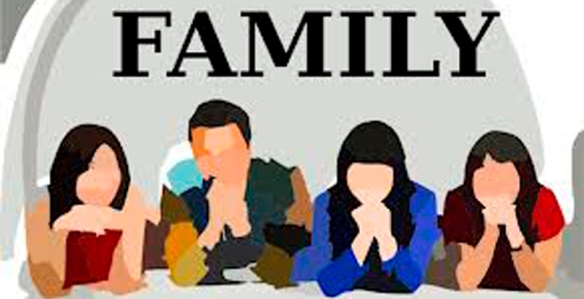 Some people call them funerals. In our family they are reunions.

In my extended family there are close to 30 first cousins. I am the youngest by many years. There are too many second cousins to count.

The spouse of a first cousin died. He was 88 years old. His daughter is my age. We grew up together.

The funeral party was fairly large despite his age. Many of his personal friends are gone or too infirm to attend. Most of the attendees were the first and second cousins paying tribute.

Funerals like these are bittersweet. There is always sadness in a loss but it also offers an opportunity to reconnect with people you haven’t seen in years.

I come from an amazing family. They live all over the country and do all sorts of interesting things.

We definitely have a drama queen gene as there are a few successful actresses. I have a piece of that gene but never used it professionally. I save it for poignant at-home moments. I’m quite good at it too or so I’ve been told.

There are a lot of “numbers and science” people who do things like accounting, bookkeeping, engineering and chemistry. This gene passed me by except for the ability to calculate shoe sale prices automatically in my head.

My cousin, whose father died, is a supervisor in a hematology unit at a hospital and her son is in med school. Hematology? Blood? Med school? That gene not only passed me by it left me with a barfing reflex.

We have writers and writer wannabes (that would be me). I found out my nephew’s daughter has not only had her poetry published but has won many awards. Although I love writing, the only poems I write are those funny limericks that aren’t exactly PG rated. (I can be very good at those though especially after a margarita.)

We also have good Moms, an auto body guy and someone who proudly holds the title of secretary. We are a diverse group. What family would be complete without a wireless internet guy who does something that involves worldwide travel? Yep, we have one of those too.

There are a few openings. We don’t have any spies or incredibly wealthy people. No lottery winners either although I am working at that. I would love to have a veterinarian in the family too.

The day was drizzly and dreary outside but inside there was a gathering of very different people who came together for a few hours to reconnect and honor one of its own.

It’s too bad that someone has to die to make this all happen.

29 thoughts on “When family matters most”