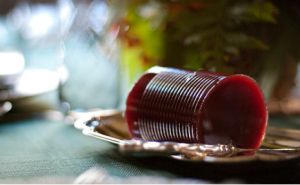 Our Thanksgiving celebration is much more sedate than it used to be. My husband’s children and my brother’s son live out-of-state and rarely come home for Thanksgiving. That leaves a small collection of relatives and friends with benefits (dinner benefits, not those other ones).

This year we have a small group. I am not complaining. We are alive and healthy but it made me think about Thanksgivings of past years.

When my mother was alive, everyone came to her house. We ate at 1 p.m. or so it was planned. Someone was always late, usually my brother.  That meant my mother was slightly crazed. (Now where did I get that trait?) She had a small house without a dining room so we crowded in a large kitchen. It didn’t matter. It tasted the same.

There were years when there were small children. There was no children’s table. They were squashed in among the adults. Then as they got older the conversation became interesting. There is nothing like a gaggle of teenagers for eye-popping conversation.

Mom would cook most everything. Sometimes someone brought dessert. She was a great cook and everything was perfectly timed. She never burnt the biscuits. (That has become a family tradition since I took over. The pesky things get done before the timer goes off!)

One of the more memorable years happened when she decided to go to Hawaii over Thanksgiving. We couldn’t believe it. She wasn’t going to cook for us? How selfish is that! (This was the very first time she was going to fly in an airplane and she was in her 60s. What a fuss we made!)

I made most of the dinner which we had at her house — everything except the gravy. My niece’s husband offered to make the gravy while I was doing something else. He was fiddling at the stove but I didn’t pay attention. He is a great cook. How can you mess up gravy!

It wasn’t thickening enough to suit him so he added more flour and before you know it we had gravy pudding to plop on our stuffing. We laughed through that dinner!

Some years we tried a new recipe. They were not well received. At our house, it’s a “don’t mess with the traditional food” attitude. Don’t even try slipping oranges or nuts in the cranberry sauce! Straight from the Ocean Spray can — no store brands please.

There was one Thanksgiving when my brother was supposed to make pumpkin pies. I don’t remember why but it didn’t happen. On the way he stopped at a store and was unable to get pumpkin so he picked up a minced meat pie. Eyow! Only he ate it. What a ruckus that was.

Families grow up and move around. Kids have other things to do. Football rivalries are scheduled. People with in-laws and out-laws rotate holidays. Now we have to factor in shopping on Thanksgiving.

I believe in enjoying what you have now. It may be different next year.

Happy Thanksgiving to all!

Most of these sentiments were penned a few years back. Those old feelings of family never go away!